The Instrumental Music program at Houston Public schools is open to any student who wants to learn to play an instrument and be a part of a successful instrumental music program. Houston students in grades five through twelve have the opportunity to gain experience in large group, ensemble, and solo instrumental music. Houston's music program receives a great deal of support and appreciation from the community, including an annual Music Boosters Auction every fall.

All band students in grades eight through twelve are members of the Marching Hurricanes. The marching band rehearses during the summer on a weekly basis and generally performs in 4-6 parades July through October. The Marching Hurricanes have brought home the King Apple Award for small school bands for several years.

All band students in grades nine through twelve are members of the Houston Pep Band. This group performs for a number of athletic events throughout the school year. Houston’s Pep Band has earned the reputation for being one of the best pep bands in Southeast Minnesota.

The Senior High Concert Band performs three concerts and frequently performs for community events such as Memorial Day and Graduation. During the school year, the high school band performs in the Minnesota State High School League’s Large Group, Solo, and Ensemble Contests. The band plays the most challenging music for these events, and brings home superior ratings year after year. Individual soloists and small ensembles typically perform at an advanced level for their solo and small group performances, earning numerous superior and excellent marks from judges. 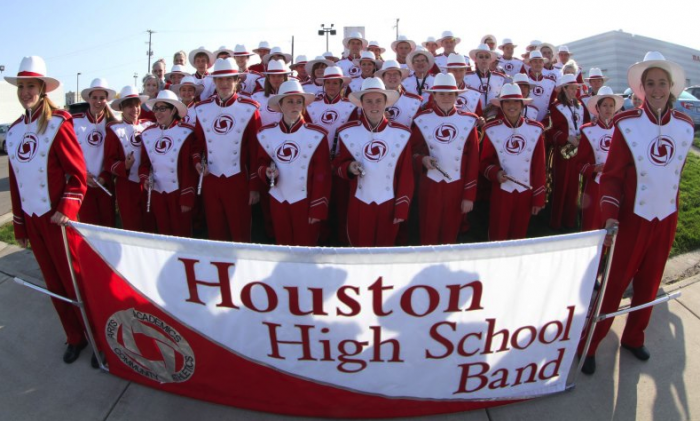