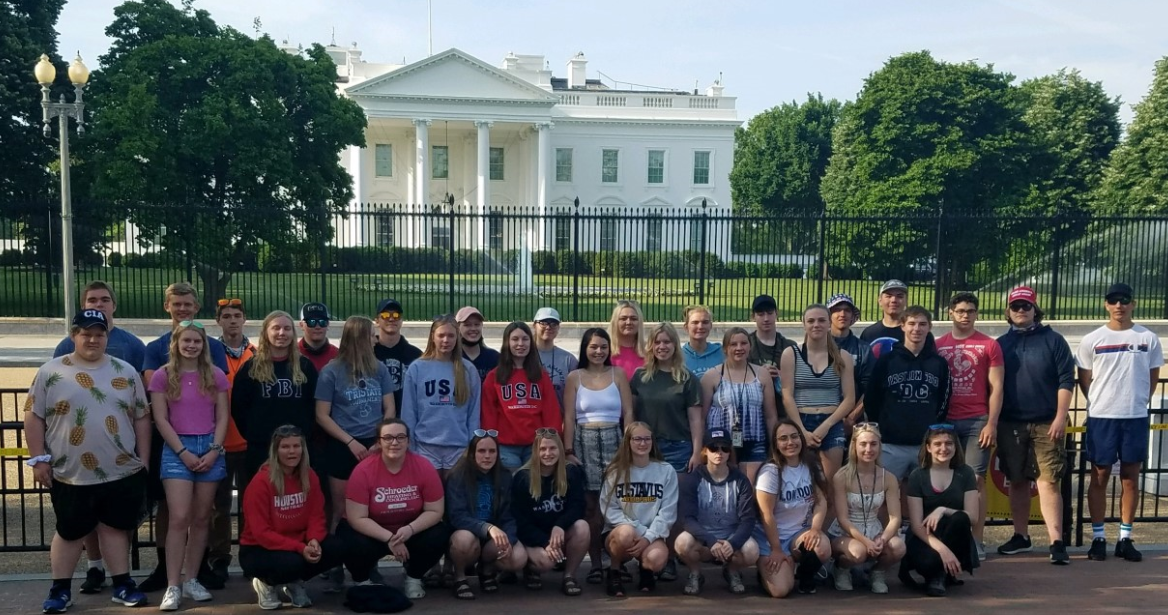 After being postponed for over 5 months due to COVID-19, our juniors and seniors were finally able to go on their Washington D.C. trip May 16-22! The students worked extremely hard on several fundraisers throughout the year to support this trip. Thirty-five students—chaperoned by Jacqueline Mathers, Jamie Woodard, and Mike Diekman—visited sites in Chicago, Gettysburg, Harpers Ferry, Alexandria, Annapolis, Baltimore, and Washington D.C. The students visited many monuments, memorials, historical sites, and entertainment venues.

Many thanks go out to the Houston Public Schools administration team, the Houston American Legion, River Valley Convenience Store, Hawkeye Stages, Legacy Tour and Travel, and Houston area residents and families that continued to support this trip throughout the school year!